Shannon’s building the life he wants

Shannon is working on being more independent and sees working at the Taste of Summer festival as an important step in reaching this ambition. 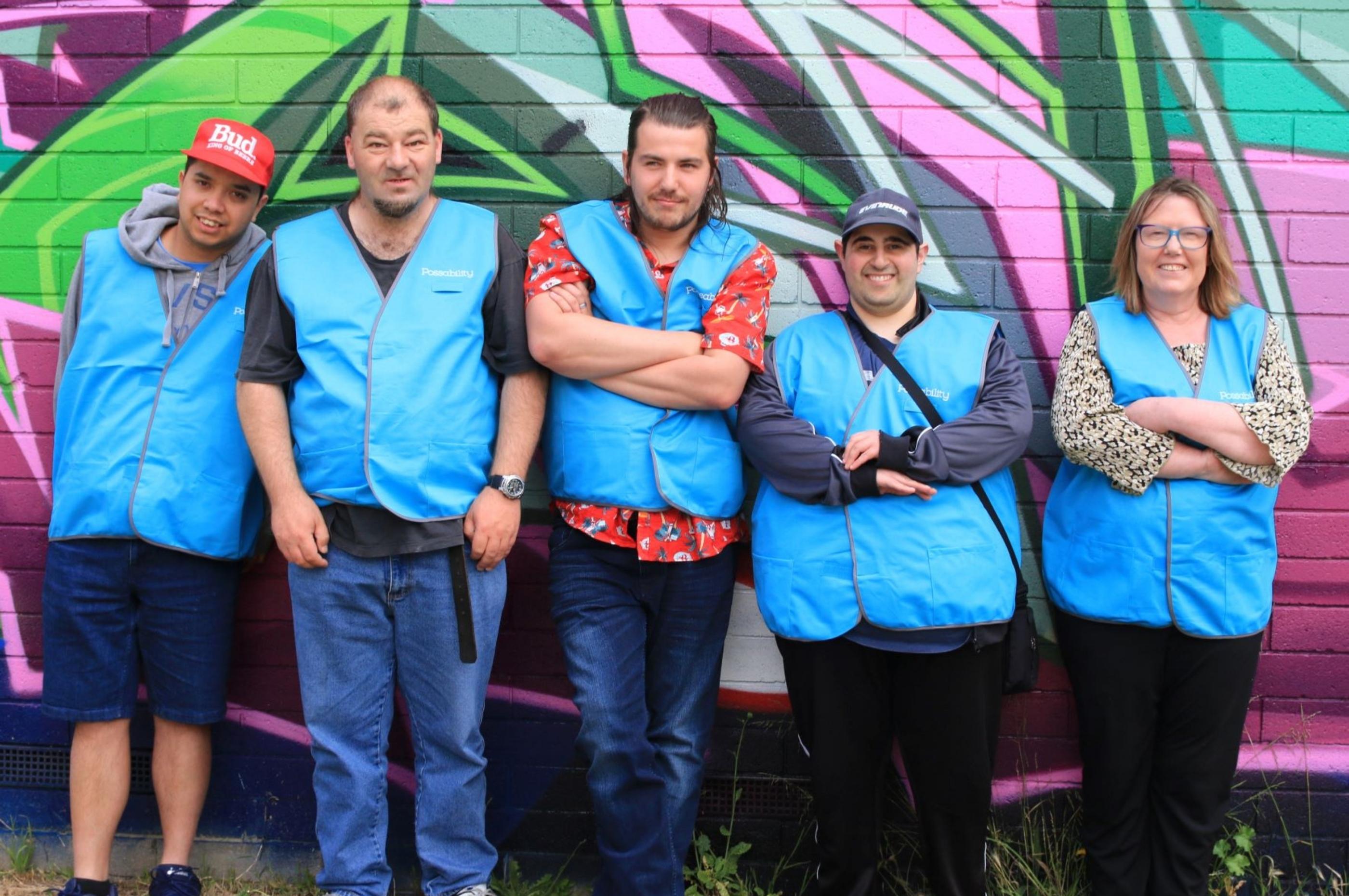 Image: Andrew, Richard, Shannon, George and Sharon are all working at the Taste of Summer event.

Earning a wage that will give him the financial freedom to build the life he wants is on the top of Shannon’s priority list. “I’ve been looking at how I can get more independence. I want to buy stuff, like a new car and things for my house,” Shannon said.

Shannon is one of a team of 16 supported employees working at the Taste of Summer, an iconic Tasmanian event that brings together food and drink producers and artists from across the state. He and his teammates set up and then tidy and reset the site between sessions, including wiping down all the tables and chairs, an important part of keeping the event COVIDSafe.

Possability CEO, Drew, said the partnership demonstrates how a major event and a not-for-profit could work together for a more inclusive workplace. “We’re so pleased to be partnered with the Taste of Summer team to do what we both do best—they supply the work at an event with a community and commercial focus and we support employees to succeed on the job.”

“We’re honoured Tasmanians with disability put their trust in us to support them to find and keep jobs in the community that they’re really interested in,” Drew said. “We’re all about supporting people to reach their ambitions and live life on their own terms; creating more opportunities for independence is an important part of that.”

The Taste of Summer Chair, Jarrod, said they wanted to work with Possability and show that being inclusive pays both social and economic rewards. “By working with Possability, we are aiming to create a really meaningful opportunity for Tasmanians with disability who might not have had the chance to work at a large event like the Taste.”

“The Taste is all about bringing Tasmanians together, whether it’s through food and drink, entertainment or by the opportunities that we can create as part of the event,” Jarrod continued.

These sentiments were shared by Shannon, who’s enjoying both the economic and social benefits of his role. “I love it. Gives me an opportunity to get a permanent job in the future and to be out in the public helping people in the community.”

Shannon joined Possability’s Community Based Supported Employment (CBSE) services to find work. We partner with jobseekers and work collaboratively with businesses to open pathways to employment, where each supported employee is paid a fair day’s wage for a fair day’s work.

If you missed the Seven News media coverage of the event launch, you can find it here (from 7.43 mins).