Leif landed his dream job at farm machinery retailer Tasmac, and his employer is reaping not only the economic rewards, but the social benefits of his big personality. 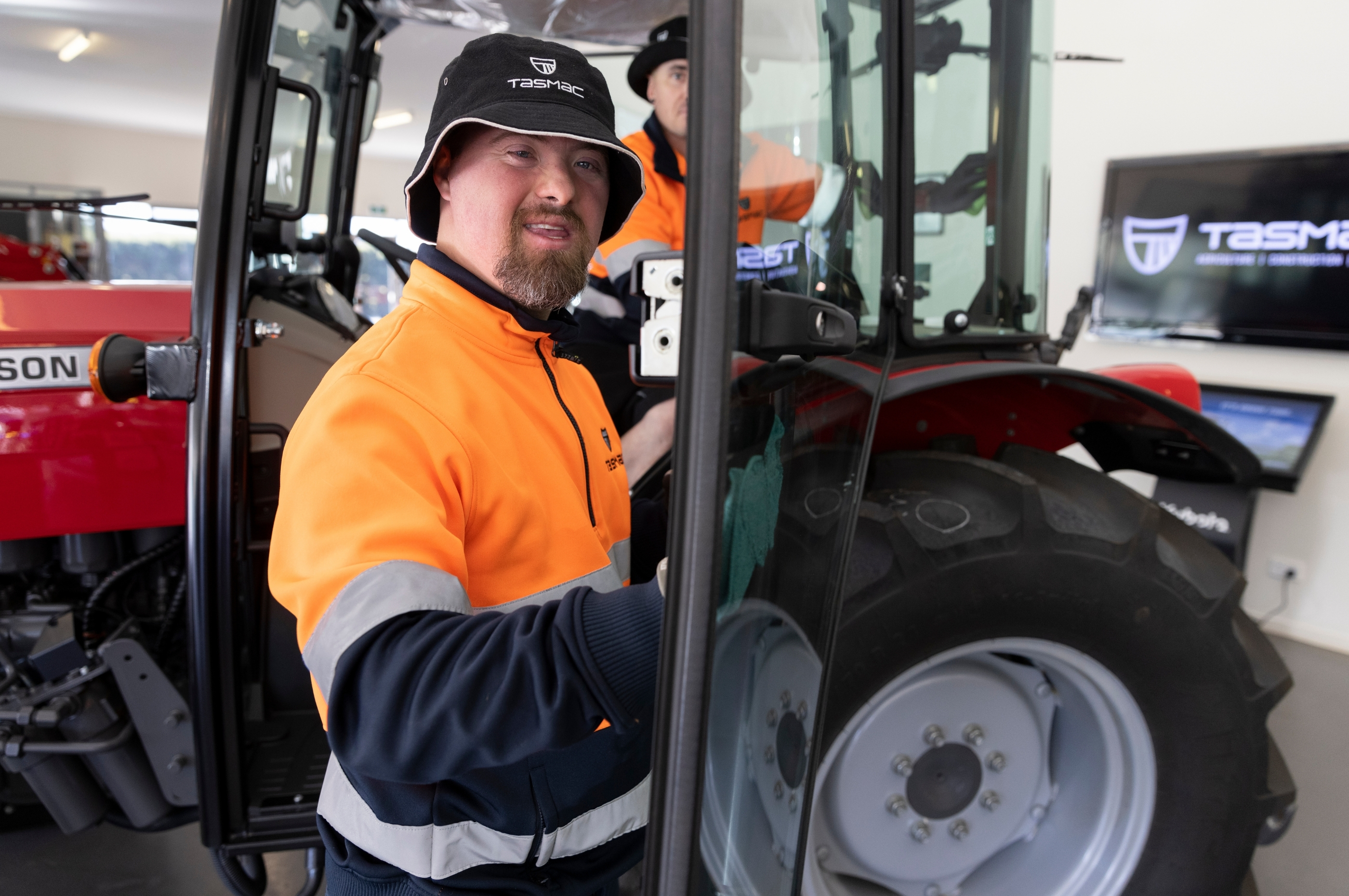 When the opportunity came up to work in an agricultural machinery dealership, Leif jumped at the chance.

Leif was already known to some of the team at Tasmac, which opened the door to the possibility of him working there. He was welcomed into the business and the team worked with him to find his niche. What started out as a role that brought together his interest in agricultural machinery and his cleaning might, has blossomed into all areas of the business. He cleans the showroom and machinery, assists the parts and admin teams—there are no barriers to the roles he takes on at Tasmac.

The impact Leif has on Tasmac is twofold, the work he does benefits the company economically and he’s a great social addition to the team. Leif’s mum Christine says, “Possability and Tasmac have proven it works. Businesses might think it’s too difficult, or they can’t see the value. But these workers make a positive impact greater than many managers may realise.”

As he works his way around his workplace, Leif brings laughter and a break from the everyday routine. He wears a smile, shares a joke with his colleagues and lightens the mood.

Leif is part of our Community Based Supported Employment (CBSE) program. He is supported on the job by a CBSE support professional, but this support will lessen as he grows in confidence and capability.

Julie Penney, manager of Possability’s CBSE program, says, “We set people up to succeed. Our purpose is to help people achieve their aspirations and build their skills so they can get a job and keep it, with us delivering the support they need to be successful.”

Leif’s story was also covered by the ABC – you can watch it here.