Working with his support team to build the confidence to travel, Rob turned his dream to visit Disneyland into a reality. 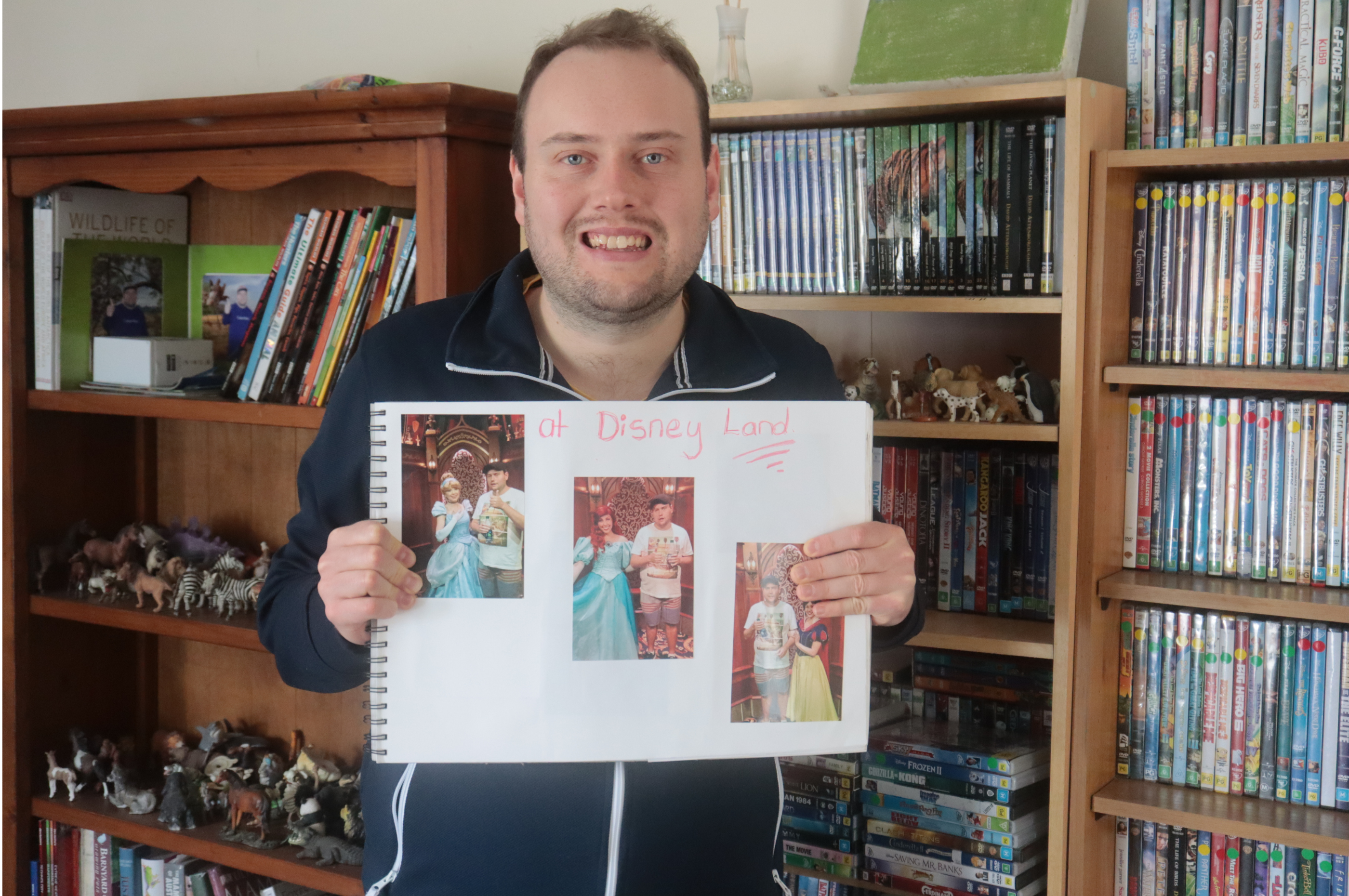 There’s just something about the magic of Disney. Rob’s seen every Disney movie and will tell you his trip to Disneyland was the best thing he’s ever done. He’ll also tell you it took a lot of hard work to get there.

Rob was 17 when he found himself living in short term accommodation. He was looking for a place to settle, he ended up moving in with three housemates and joining group day supports but struggled with both.

Then the NDIS rolled out in Tassie—and the whole world opened up. Rob moved into his own home and switched from group to individual day supports, with his own core team with similar interests. He got a job delivering catalogues, started volunteering at a dog rescue and heading to the cinema every week to catch new releases.

Rob dreamed about seeing more of the world. He wanted to go to Disneyland in California but was worried about how he’d cope going away.

As well as all things Disney, Rob loves animals. To start building up to an international trip, he went on smaller trips to local zoos and wildlife parks. Then he went interstate, to Melbourne and then to Queensland—where he went to Movie World and Sea World. Rob was excited but also a bit scared to begin with. “I was worried I might get myself worked up,” he says. For each trip, Rob and his support team prepared with strategies around how to deal with things like crowds and loud noises.

After a few years, he made the trip to Disneyland. “It was so big. It was like a whole new world,” Rob says. He also stopped in at San Diego to the Zoo, Safari Park and SeaWorld.

The photos from his holiday line his walls and the figurines he’s collected are on display. It’s easy to see that Rob’s house is his home. And not a week goes by that he isn’t telling someone about his trip. Looking to the future, Rob’s working on his confidence to do more things by himself.